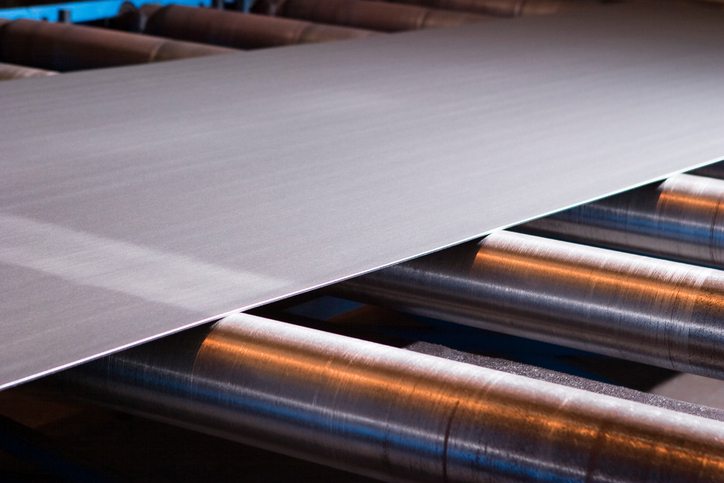 Posted at 13:33h in How it's Made by Constant Group

Sheet metal is industry is one that has developed over a number of years.

Metalwork is an ancient art, it can be traced back to prehistoric times (fourth-fifth millennium BC). The ancient Egyptians used the art of sheet metal fabrication to produce stunning gold and silver jewellery. Gold and silver would be hammered with stones until they became subtle, thin sheets which could then be worked.

In 1485 Leonardo da Vinci sketched something that resembled a rolling mill. Sixteen years later, an example of his idea was used to roll sheets of gold into a uniform thickness for coins.

The mid 1700’s saw a dramatic increase in the needs of metal fabrication, this was fuelled by the industrial revolution. During this period the first production lines began to emerge and the hydraulic press was developed.

In 1770 a Barnsley man called Joseph Bramah developed the first hydraulic press. This is an important tool in sheet metal fabrication and the concept is still used today in fabrication shops around the world.

During the late 19th century, sheet metal fabrication and metalwork became a more prominent industry. Skilled workers would use press brakes and rolling machines to form metal into a variety of different shapes and forms.

As time progressed, so did modern technology which has played a massive part in the sheet metal and manufacturing industry today. In 1967 the British pioneered laser assisted oxygen jet cutting for metals. Initially this was used for cutting textiles as CO2 lasers back then were not powerful enough to cut through metal. As technology improved, laser cutting of sheet cutting machines are incredibly accurate and efficient.

During the 1990’s as computers became more readily available for companies across the world, computer aided design (CAD) and computer aided manufacture (CAM) software was introduced into the sheet metal industry. Software such as Solidworks (developed in 1995) is used for modelling sheet metal parts to high levels of accuracy.

Fast forward to today and sheet metal is a thriving industry. In fact it is the second largest in the world, following oil & gas.

With technology becoming a vital part of our lives. the industry has reached a new level and new levels of delivery and quality.

At Constant Group we have been providing excellence for over 50 years, delivering exceptional quality our clients across a variety of industries.

With years of experience of the industry we have the expertise to tackle a variety jobs, big or small. Constant Group have you covered for a lifetime.

Contact Constant Group today to see how we can improve your process.