Behind the iconic Back to the Future, Stainless Steel, DeLorean Time Machine - Constant Manufacturing
2413
post-template-default,single,single-post,postid-2413,single-format-standard,qode-quick-links-1.0,ajax_fade,page_not_loaded,,qode-title-hidden,footer_responsive_adv,qode-child-theme-ver-1.0.0,qode-theme-ver-16.4,qode-theme-bridge,wpb-js-composer js-comp-ver-6.0.5,vc_responsive

21 Oct Behind the iconic Back to the Future, Stainless Steel, DeLorean Time Machine

Posted at 12:23h in General, Special News by Constant Group

Back to the Future features the iconic ‘homemade time machine’, which was in fact the DeLorean DMC-12, with a few time machine additions of course such as the flux capacitor. The DMC-12 is now commonly just referred to as a DeLorean, dropping the model suffix after the company went into administration, and the DMC-12 was the only model it manufactured. We were delighted to learn that the cars were in fact manufactured just over the water in Northern Ireland between 1981-1982, despite destined for the American market. 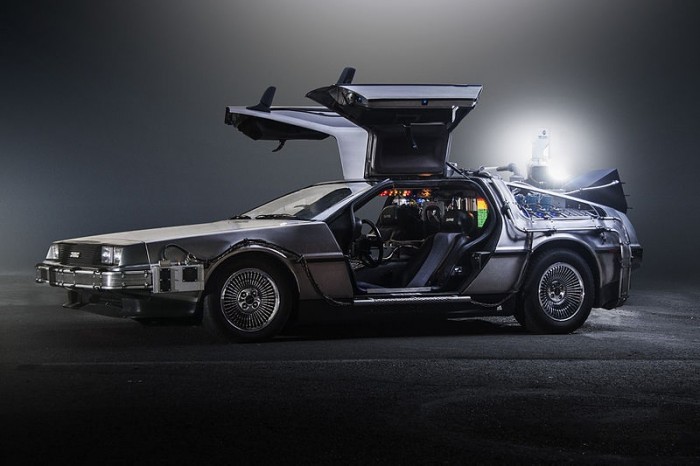 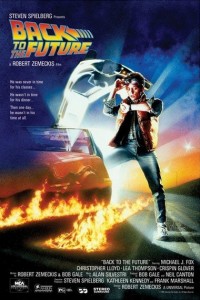 The car was made as a prototype in 1976, and then produced in 1981 with a modest volume of 9,200 before going into administration. The car consisted of many unique traits, from the gull-wing doors, rear-mounted engine and of course the distinctive unpainted, brushed stainless steel panels mounted onto the fibre glass frame.

The body design and shape was the inspiration of designer, Giorgetto Giugiaro and was designed to be manufactured with panels of SS304, which is grade 304 Stainless Steel to you and I. Apart from three cars, all DeLoreans rolled off the manufacturing lines were made to look like this. One of the reasons to the SS304 finish was to easily touch up and fix any scratches or dents in the body work without the need to repaint as well, in fact ‘Buff it out’ was part of their selling points for the steel body. You also have to consider the panels bolt on and off, which makes for easy panel repairs at least! However, they did come with a caveat that the body work would only last 25 years! 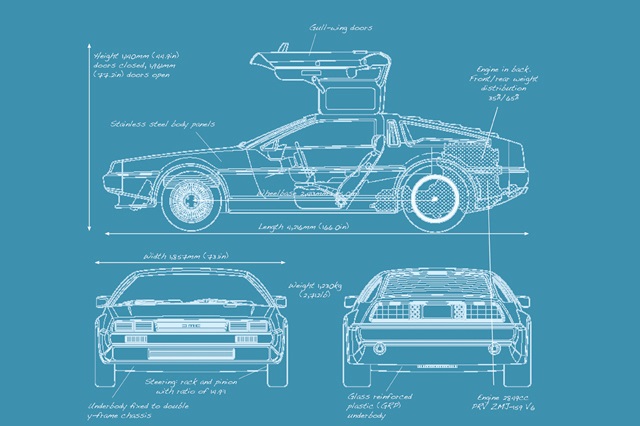 We’ve crunched the numbers and 28m2 of 1mm thick stainless steel would equate to 224kgs. That would make over 18% of the car’s weight down to the stainless steel body panels, as the car’s total weight was 1230kgs. In today’s car world, the new BMW i8, renowned today as a futuristic 2-door sports coupe, boasts similar dimensions and weighs 1485kgs, and a family car such as a Ford Focus starts the scales at 1270kg. We were surprised to find the DeLorean was in fact so light in reality despite the metalwork!

With credits for facts, information and images regarding DeLoreans from

back to the future, car, delorean, stainless steel