Posted at 14:18h in General, Scarlett the Planter by Constant Group

This Christmas we decided to do things a little bit different; we’ve adopted the British Pheasant’s Eye Seed through Kew Garden’s ‘Adopt a Seed’ project.

Kew Garden’s project is aimed at protecting over 34,000 wild plant species from extinction, with particular interest in British flora. A seed adoption helps clean, x-ray, count and pop the seeds into storage, which in turn helps the Millennium Seed Bank become the World’s storage of flora and fauna, how cool is that!? 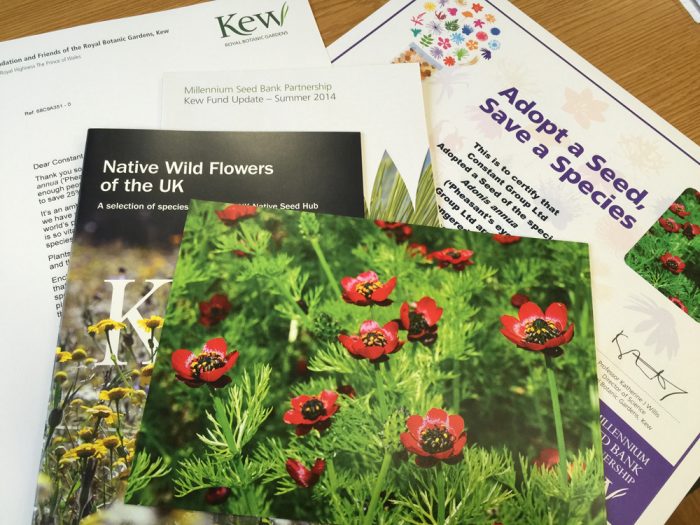 We received a pack in the post with our certificate, information cards and project booklet. 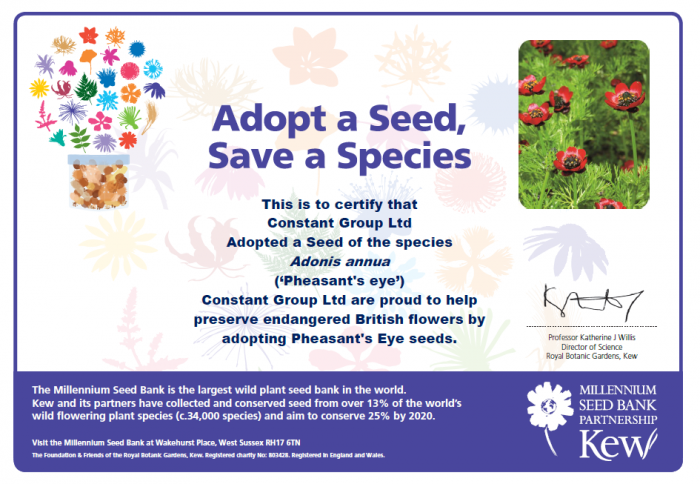 Here’s our certificate to show off

Here’s a little video by Kew, where you can delve into the freezers of their conservation centre which stores over two billion seeds!

We of course chose Pheasant’s Eye (Adonis Annua) due to the rich red petals and black centre, echoing our brand colours. They have up to 8 petals, and can stand as high as 40cms. And when researching the flower we discovered its limited to just 18 sites across the UK, to which we thought why not plant our own!

First up was to make a planter! With sister brand Funky Plant Pots we designed and manufactured an interior column based plant pot, finished with Constant red high-gloss paint. The plant pot stands at 700cms. Here’s a few snapshots of it during linishing, and powder coating stages.

Oh, and if you’re wondering why she’s called Scarlett, we had a little naming competition in the offices for it.

We decided to opt for some vinyl graphic decal on the plant pot, verses a stamped out or laser cut logo. We got to work with our logos and ended up with some great vinyl stick-on graphics to give Scarlett her finishing touches. 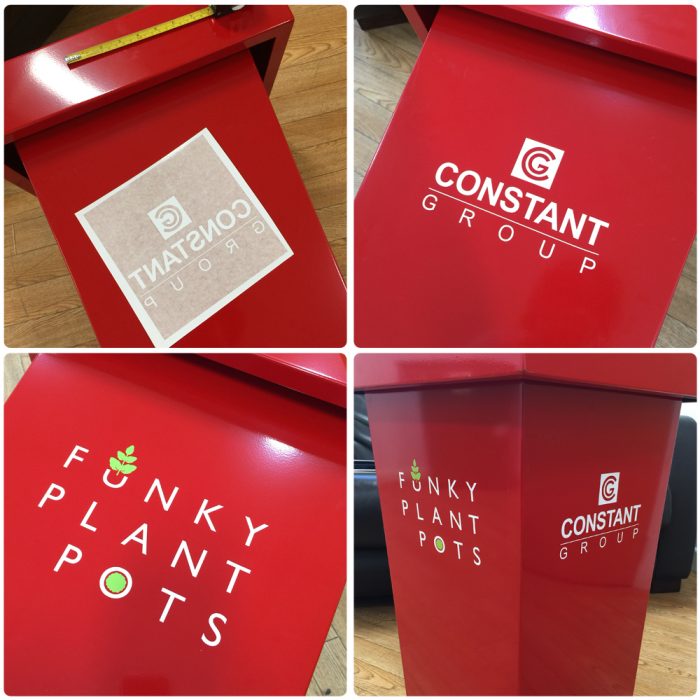 Once dressed, it was time to get planting our own packet of Pheasant’s Eye seeds. Firstly some research, mainly to make sure we’re going to give the seeds the best fighting chance to grow, especially as they’ll be planted indoors. 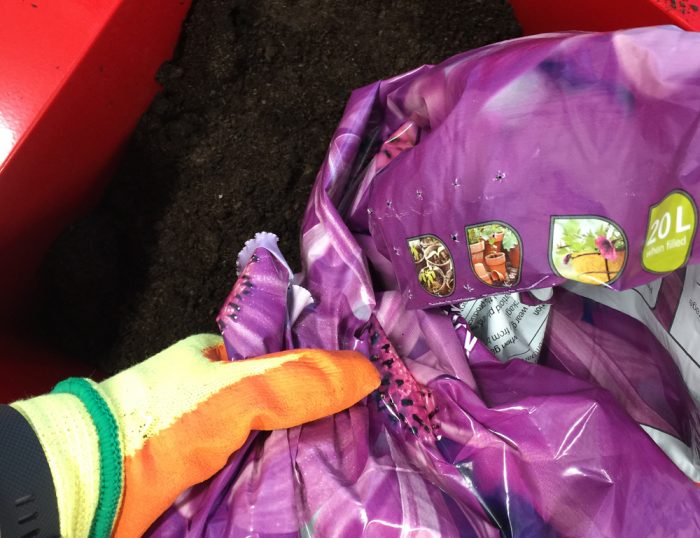 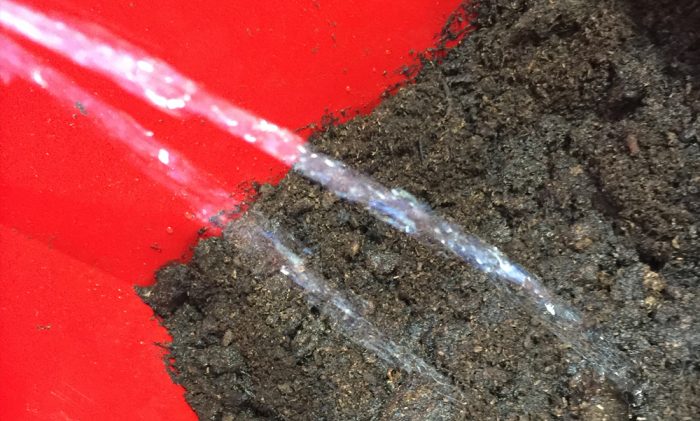 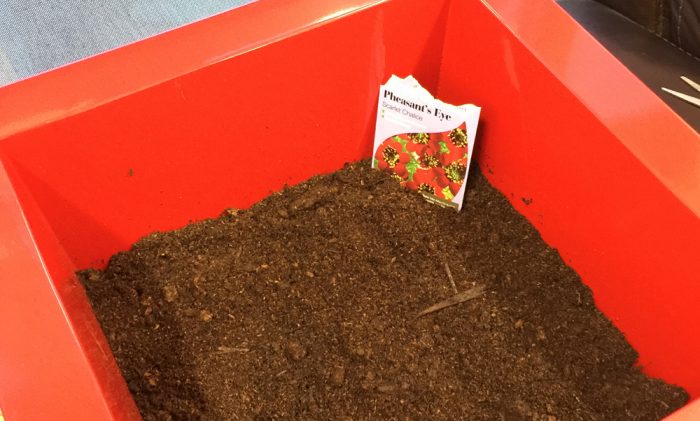 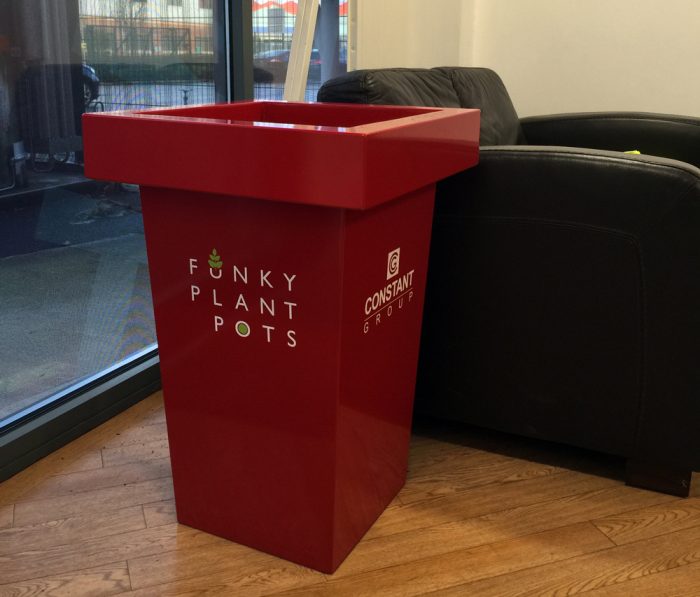 And a surprise gift, giving her the finishing touch, from the CAD, laser cutters and fabricating teams, her very own metal plant pot sign… 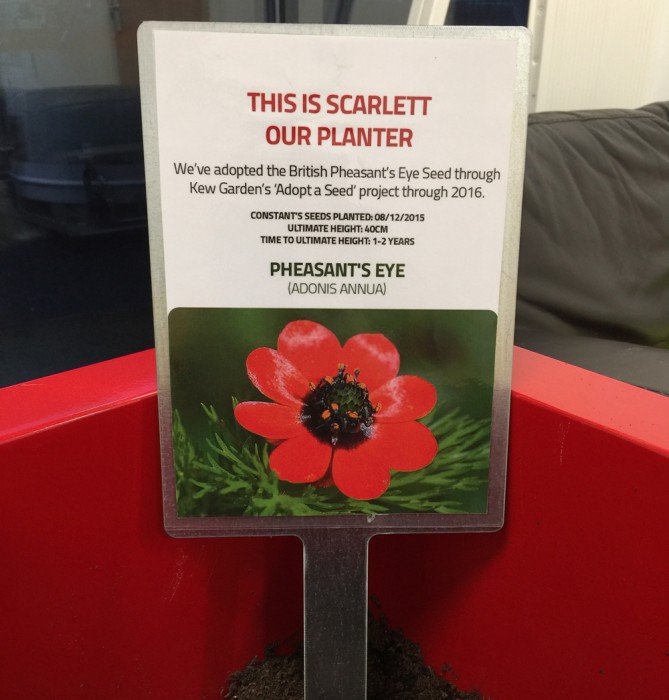